Dasaru explains this nama of Shri Vishnu as conceptualised in the Brihati sahasra mantra in the first line until the word ‘namo’ . Then he continues to explain that further.

“O aprameya! You are without a boundary.No one can ever know you fully and completely at any time. Even Shri- Lakshmi, Brahma and others who are constantly engaged in contemplating on Your auspicious attributes remain unable to explore your gunas and their extent completely.”

The great and unique glory of Hari is His infiniteness. There is no other entity like Him. He pervades everything eternally with His infinite gunas. It is truly His infinite energy and intelligence which sustains the world and every atom in it .

“Even during pralaya kaala when everything else is silent, no life stirs being sucked into Hari’s stomach at the time of delusion and only Mahalakshmi is with Him, she continues to contemplate on subtle aspects of His gunas which are beyond those described in the Vedas, Mahabharata and other scriptural texts. She is immersed in bliss and sings His glory. ”

This brings a clear picture of the infiniteness of Paramatma. For Lakshmi who is always  with Him at all times and places , it is not possible to cognize His glory fully, so what of others who  have immense limitations of time and place for their own abilities of being and thinking and almost no window of time for being in the presence of Hari.

Another verse in the Vyapti sandhi of Harikathamrutha saara tells about the inability of Brahma and others to ever understand His glory though,they have a long a period of time namely , one Brahma kalpa,Thirty one thousand, one hundred and four thousand crore years(311040000000000)- Brahma kalpa to think, contemplate and meditate .

From the perspective of the sadhaka, this aprameya Paramatma’s infinite abilities can be imagined a little, by looking at the variety of life and the method of their sustenance in the world.

“bahu chitra jagat bahudakaraNaat parashaktih anantaguNah paramaH”… Dwadasha stotra. The variety and diversity of the world leads one to wonder who sustains it and one soon concludes that it definitely points to the infinite nature of Hari, its creator.

Every day, every hour and every minute and second all the life forms require sustenance. Sustenance happens through intelligence and energy. Both are abundant in Hari as Shrimad Acharyaru says ,”parashaktih” He is the unique and supreme energy.

If we take the human race itself, the number of living humans at any given time is so large and for each and every one of the cells of different organs, the working of the different systems, are all coordinated so well that one doesn’t realise that so much of intelligent work is going on behind the scenes.

Please check out this URL for a little know-how about amino acids, the way they are formed etc. 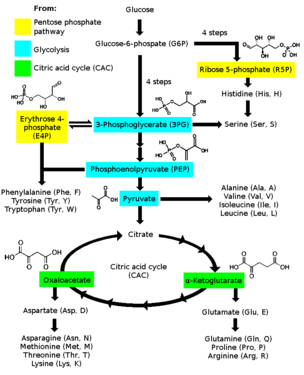 Aprameya’s energy is quite clearly unfathomable. The immense magnitude of intelligent energy required to manage this process for one human being itself is large, what of the masses and masses of humans and the same holds true for all living beings in different ways.

Understanding this concept of infiniteness at least a little is a very important aspect of our sadhana. Repeated contemplation with complete faith renews us and keeps us free from fear and anxiety by His grace.

Contemplation on the positive aspects of the bimba- Shri Hari, who is Master and independent doer of all actions,cleanses the antahkarana of the negative aspects and limitations accumulated by the jiva through countless births.

Aprameya is beyond logic. Shastras proclaim that His actions are not predictable. What one may visualize, what one may not be able to visualize and what one never expected also tend to be the natural tendency of His actions. He is hence referred to as